Bill Wallace, one of New Zealand’s most published hymn writers, has just had virtually all of his hymns and other worship resources filed and cross-referenced for easy access and free downloading.

The Center for Progressive Christianity in the USA (Progressive Christianity) has recently placed on their website 5 interlinked thematic indexes of Bill Wallace’s material. They give access to the text, score and sound file of each of the 198 hymns, songs and chants on their website along with Bills 35 children’s songs in the collection Sing Young, Sing Joyfully. Reference is also made to the 36 different hymns which are in volumes 1 and 2 of Singing the Sacred, published by World Library Publications. In addition these indexes are linked with the website of the New Zealand Methodist Church which has additional Boundless Life hymns by Bill, together with Hymns for Aotearoa and the 49 hymns in his The Mystery Telling.

The worship resources include over 950 of Bill’s original sayings together with collects, poems, reflections and calls for action.

In addition, Bill’s Sacred Energy/ Mass of the Universe is now featured on the Web in three separate entries of either the text and melody line, or the score or the power point presentation.

To access these Bill’s worship resources, click resources at <progressivechristianity.org>, and then use the Search button (second from right in the blue banner at top of page) – select “keywords”, enter “William L Wallace” into the search engine, then click “Search”..  To access the Sacred Energy/Mass of the Universe files, follow the same procedure with “Sacred Energy” entered into the engine.

Looking for Lectionary readings? Click on the link and scroll down for the date you will be leading worship … 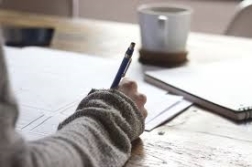